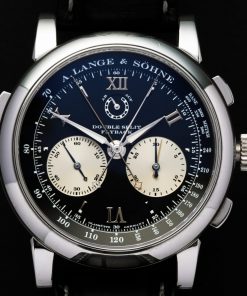 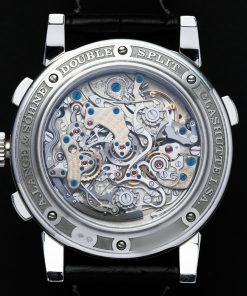 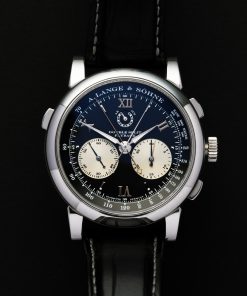 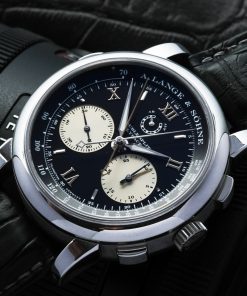 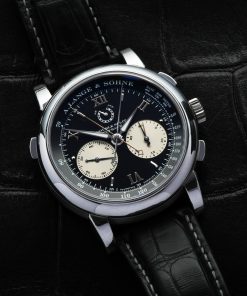 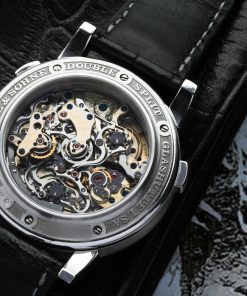 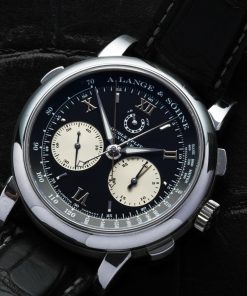 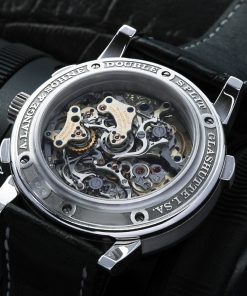 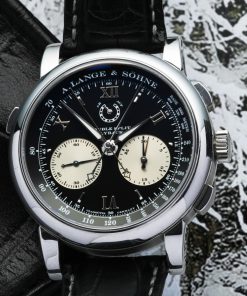 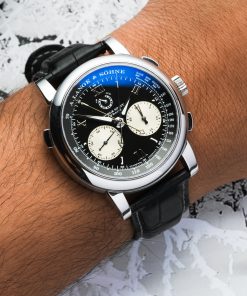 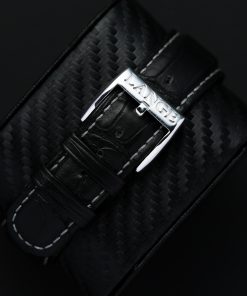 The A. Lange & Sohne Double Split 43mm watch. Model reference: 404.035.  The Double-Split was introduced in 2004 as the first chronograph in the world to feature a double-split-seconds mechanism, allowing the wearer to time not only two individual runs of seconds, but also up to 30 minutes. The Double split is from the Saxonia family of Lange watches. The Double Split Flyback makes use of rectangular push pieces, located at 2, 4 and one between 9 and 10 o’clock on the case band. The black dial includes an up-down power indicator at 12 o’clock, split-minutes subdial with 30-minute register at 4 o’clock and small seconds subdial at 8 o’clock. There is a minute/second track with white Arabic numeral markers every five minutes, and an outer tachymeter scale to 400 UPH. The watch features the completely in-house caliber L001.1 mechanical manual winding movement containing over 460 parts including 40 jewels with an approximate 38-hour power reserve. The exhibition caseback gives a peek at the sophisticated and intricate movement. The most astounding thing about this self-wound calibre L001.1 movement has to be its depth. It is a 3D mechanical architectural work of art. Crafted to the highest Lange quality standards, decorated and assembled by hand. Like all Lange movements the L001.1 features a beautifully hand engraved balance cock. Included is a hand-stitched, black crocodile strap with an A. Lange & Sohne, platinum ardillon buckle. Case, dial and movement signed A. Lange & Sohne. 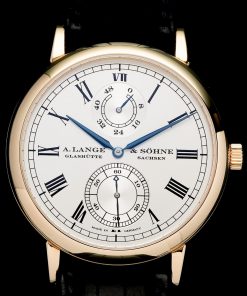 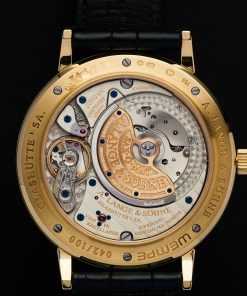 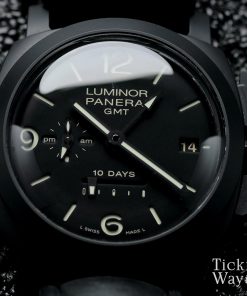 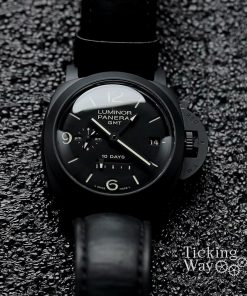 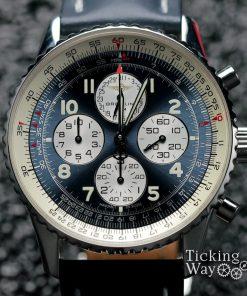 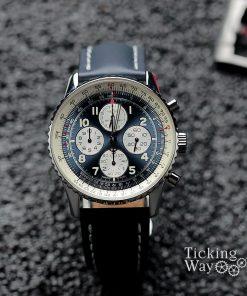 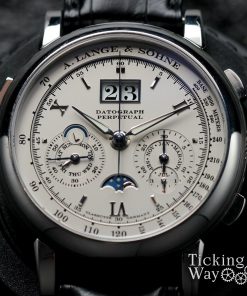 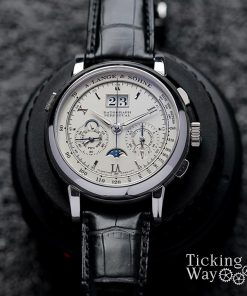 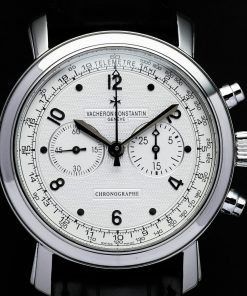 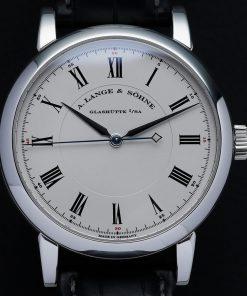 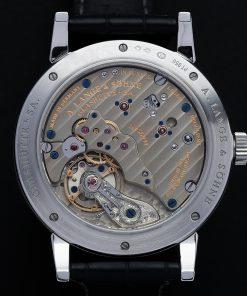 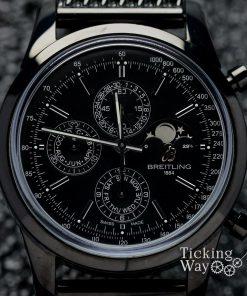 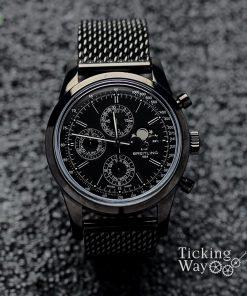 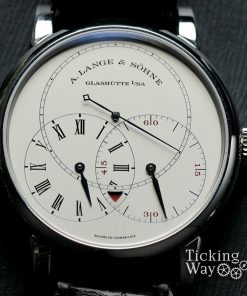 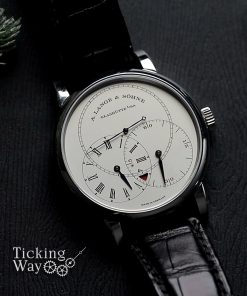