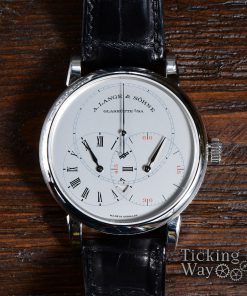 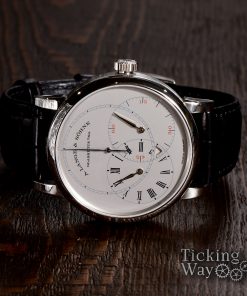 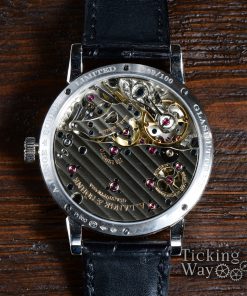 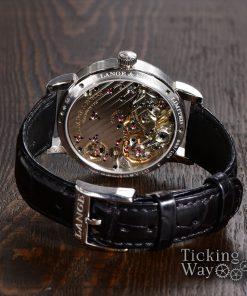 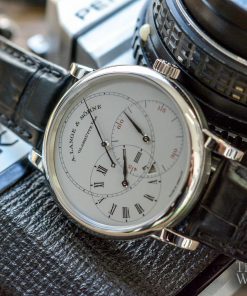 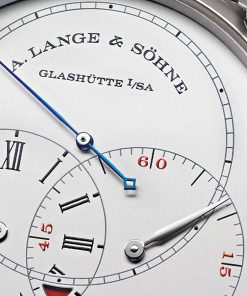 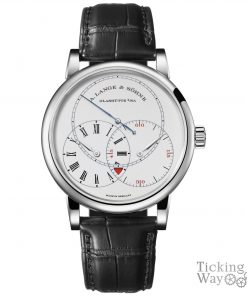 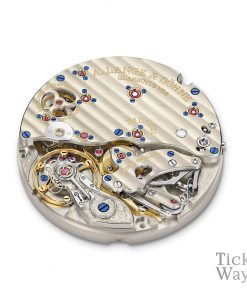 It has an alligator leather strap with an A. Lange & Sohne platinum tang buckle, and a scratch resistant sapphire crystal. It has a pull out winding crown that activates the zero-reset function with a multi-disc clutch, allowing the instant accurate synchronization; the seconds hand jumps to zero when the crown is pulled. It has an exhibition sapphire display case back secured with 6 screws, and engraved around the perimeter with “A. LANGE & SOHNE – GLASHUTTE/SA,” the edition number of 100, a serial number, and 4 hallmarks. The 40mm diameter solid three-body case, curved lugs, and angled cupped bezel are all polished. The dial is solid silver with rhodium cladding. There are three intersecting blue-rimmed circles with a red triangle low power indicator where they meet that reminds the wearer to rewind. The large center circle at 12 o’clock measures the minutes with a blued needle hand with a skeletonized diamond-shaped counter balance. The offset circle at 8 o’clock has painted black Roman numeral hour markers, square black indices, and a white gold sword hand. The twin circle at 5 o’clock has a running small seconds scale with red numerals at the quarter minutes, and a white gold sword hand. There is a 42-hour power reserve at full wind, and the 10.9mm thick case, dial, and movement are all signed.

This A. Lange & Sohne Richard Lange Jumping Seconds Platinum 252.025 has a mechanical manual winding A. Lange & Sohne caliber L094.movement. The plates and bridges are rhodium plated and made of untreated German silver, with a hand-engraved balance cock, and with Cotes de Geneve (Glashutte ribbing) embellishment. It’s constructed with 50 jewels (including a black-polished cap for the escape wheel jewel), 390 components, 8 screwed gold chatons, blued screws, and a lateral lever escapement. It includes a two wheel trains that allows constant-force generation and the seconds jump to interact, and a precision beat-adjustment system with a lateral setscrew and a whiplash spring. There is a Glucydur balance with screws adjusted to 5 positions, a swan neck regulator, and the mechanism oscillates at a frequency of 21,600 vph (3 Hz).

The A. Lange & Sohne 252.025 was introduced at the SIHH exhibition in 2016 in an edition of 100 examples. Ferdinand Adolph Lange first invented a one-second movement with a jumping hand in 1867, and the patent was granted by the newly founded Imperial Patent Office ten years later.

The watch comes in original packaging, with a set of documents. 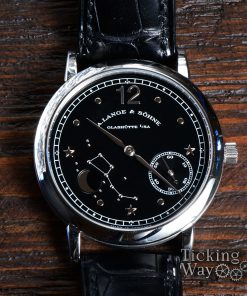 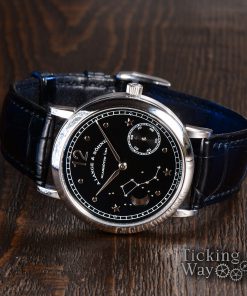 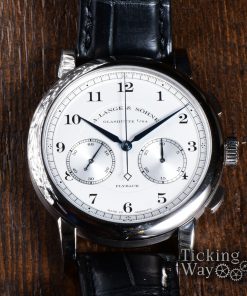 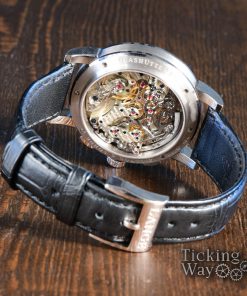 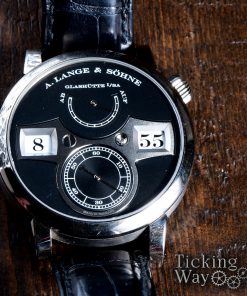 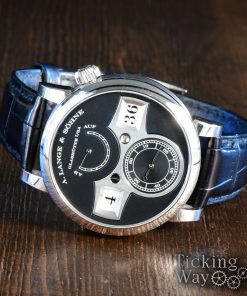 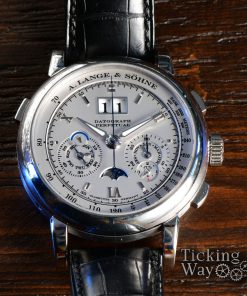 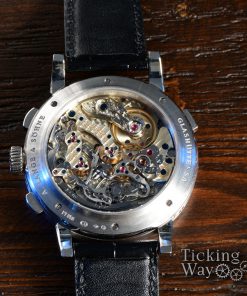 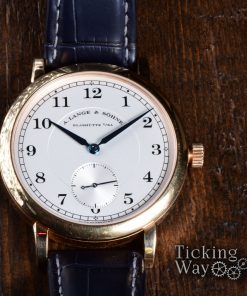 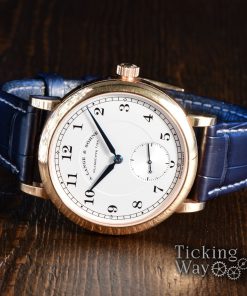 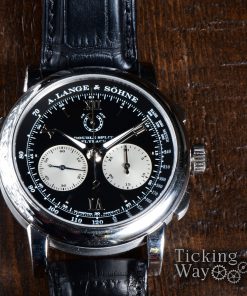 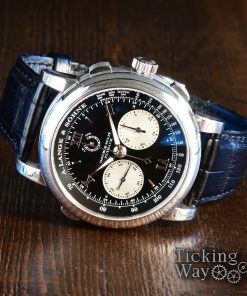 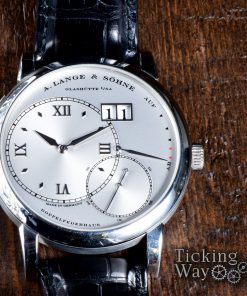 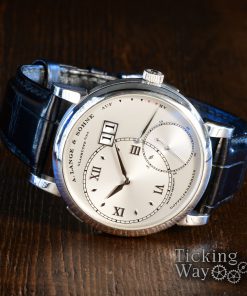 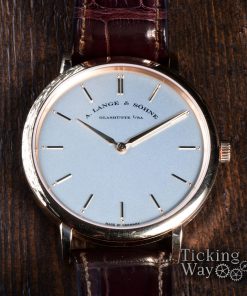 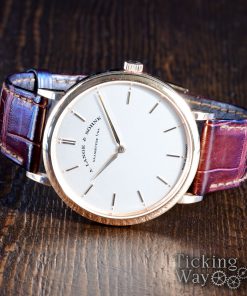